Oh Tiger Airways, How We Love You 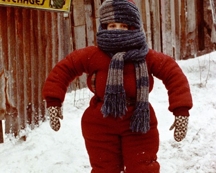 This is the closest image I could find to capture the ridiculousness of our recent adventure at the Melbourne airport. There are almost no words. This, in a nutshell, is what happened:

We arrived at the Melbourne airport three hours early. We were fresh off a fantastic whirlwind trip which included: gyros eaten beneath stalactites, penguins (!!!), the beaches of St. Kilda, a heaping plate of sichuan peppers, art galleries, wine-tasting, chocolate-tasting, hiking in Yarra Ranges Ntl. Park, and most importantly an afternoon of koalas, echidnas, and platypi (I could have watched them forever. Literally.). As you can see it was quite a pleasant trip. And then we get to the Melbourne airport.

The nice lady at the ticket counter took our passports and weighed our carry-ons for us.

"You're overweight," she said.

This could have been considered offensive in many ways, but unfortunately the way she meant it was in the worst possible way: our carry-ons. Turns out, our luggage was magic! Despite the fact that the bags weighed exactly the same as when we boarded the plane in Sydney, they were now all suddenly 'overweight.' What's the fee for an overweight bag? Oh just a cool $70 per bag. Panic.

We stumbled away from the counter. Turns out we'd been misinformed back in Sydney. The carry-on limit was two bags at a max of 7 kilos per bag, but there was also a 10 kilo max for the two bags combined, not the 14 kilos total that we'd been granted in Sydney. We sat staring blankly at one another for awhile, then hatched a plan.

I don't know if you've ever tried to wear five tank tops, five long-sleeved shirts, and a pair of pants over a pair of shorts, but I can tell you right now it's not easy. When you do finally get everything tugged on, you get the added bonus of looking like a big fat marshmallow. Also note that layering is rather hot when it's 80 degrees out and the airport has no air conditioning.

But we made it! We might have been overweight but our bags were not! We waltzed through the ticket counter, through security where we were hand-picked for an explosives inspection (cause let's face it, we looked a little bulky), all the way to the gate, where we looked at each other's outfits and promptly collapsed in a giggling fit for the next 20 minutes.

Lesson learned? Next time, wear shorts over jeans, not under. That way they won't feel (and look) so much like diapers.
Posted by Carissa at Thursday, March 15, 2012
Email ThisBlogThis!Share to TwitterShare to FacebookShare to Pinterest
Labels: Sydney