It's a post I've been longing to write since the beginning of this blog, four years ago -- way back before my FARLIGHT story when I had the beginnings of a novel idea and I scarcely knew what an agent was ...

** Cue exceedingly long post. I'll totally not judge
if you skip to the end to see how this turns out : ) **

I started writing my first novel back in January of 2011. I was working on my PhD at the time, and I'd just submitted my Prospectus to my committee. I didn't have many classes that semester (I think one??), and the previous fall, I'd gotten an itch to write the story forming in the back of my mind. So I took the month of February, and wrote and wrote and wrote until I had a bright and shiny (Read: incredibly messy and horrid) first draft. I probably edited it some after that, but not nearly enough before I inflicted it on my little sister, my husband, my mom, and .... oh lordy, probably some other people too ... and for that I apologize profusely. That *thing* was not ready to see the light of day.

But I knew there was something there, if I could just ... well ... rewrite the whole darn thing. Which is exactly what I did. And then edited it again, and then sent it out to beta readers, and edited more, and ... well you get the picture. In April 2012, I started querying (lightly) and later that year entered some contests, through which I met a TON of amazing fellow writers.

(**PSA: If you're a querying writer and haven't ever considered entering a pitch/query contest. DO IT. Or participate on the sidelines, cheering the entrants on. It is a wonderful way to meet a whole bunch of incredibly talented, supportive, and all-around amazing authors! I love the writing community! END PSA.**)

Early 2013 was truly a roller-coaster of a time for me, emotionally. I finally had a decent query and first page, and I started getting some    nibbles. I queried some more. But this was 2013, and my story was
a Young Adult Dystopian Fantasy.


Let me repeat that: It was a YA Dystopian

It had some other problems too. Namely there was an element to it that read too MG, but was too dear to me to cut from the novel. I'd suspected it would be a hard sell, and my time in the query trenches confirmed that more than just hard, dystopian was kind of like the kiss of death. Not surprisingly, the rejections started pouring in. While many of the agents were very enouraging, and I even got an R&R, they all said that it would just be too hard in the current market. I stopped querying my dear little MINNA after only getting about a third of the way through my agent list.

Cue lots of crying and chocolate.

I began writing my second MS in August of 2012. This one was a YA sci-fi about a cyborg beekeeper enroute to New Earth (you can read more about it here if you want!). I only got a few chapters done before dissertation research and a subsequent move to Australia sort of sidelined everything for awhile. But I picked it up again in 2013, and by September, I had a nicer-shinier, twice self-edited MS #2. Again I put it through the gauntlet of betas and CPs (thanks Monica, Stephanie, Max, Ifeoma, Leigh, and Mara!!), then edited, followed by another round of betas and more editing in 2014. Somewhere in there I graduated with a PhD in Sustainability, moved house, and had a son.

Yeah ... being a first-time mum hit me HARD. It was all kinds of great, but our little guy wasn't (and still isn't) a good sleeper. He's also fairly opinionated about *things* and usually wants these *things* right now Now NOW! Still, I somehow managed to whip my book into shape in the first half of 2014. FARLIGHT was ready.

I started querying lightly in September, put my letter through Query Letter Hell, started querying again, and participated in #pitmad, and later in the year, #SFFpit. I tried to do the blog contest circuit, but never got picked for the agent rounds.

Not gonna lie: the fact that I hadn't made the cut in the October/November contests really got me down. MS #2 was supposed to be more marketable than the last. I knew more about writing/querying/editing/the works. I loved my story. My betas and CPs thought I had something. What was wrong? Maybe everyone was just being nice. Maybe I was misreading what people had said. Maybe my idea was actually total crap. Maybe I wasn't pitching it well. Maybe I was a horrible writer.

You guys, ALL the doubts started creeping in.

I revamped my query. After some extremely helpful feedback on a full manuscript rejection (I will love that agent forever), I made some fine-tuning edits to that too. In January 2015, I started querying again. In February, I participated in the First Five Pages Workshop and met some lovely fellow YA writers that helped me tighten up those critical pages even more. (Thank you Abigail, Lisa, Meghan and Sheri!)

I devoted myself to researching literary agents. I read about them on Lit Rambles, PM Member pages, Query Tracker, Query Questions w/ Michelle. I scoured #MSWL lists, #MSWL paragraphs and their twitter feeds. I carefully tailored every letter I could. And it paid off. The full requests started coming in! I queried HARD.

I knew from prior experience that it often takes agents awhile to get to the partials and fulls on their desks. I kept querying. Kept wailing at the form rejections in my inbox and doing *happy dances* for the requests.

It'd been over three months since my first full request of my revamped MS. Not that long to wait, but *refreshitis* was hitting me big time. And then, while checking my email at 2am, [as one does], I got an email from one of the agents who had my full. My heart started beating faster ... and then I clicked on it ... and it took forever to load because the internet sucks here in Australia ... and it was ... a rejection.

Hi Carissa: One of my colleagues passed your manuscript on to me. I'm on page 100 and loving it. I just wanted to check with you that it is still available. (Sidenote: THANK YOU AMANDA!)

Cue massive heart racing and complete and utter inability to go back to sleep. It was night in Australia, but back in the U.S. it was daytime, and somewhere over there, an agent was reading my book RIGHT NOW.


So of course I got up and typed out a blabbering email. Was it available? Heck yes, it is available. Please don't stop reading because you don't think it's available!!

The next day, I got another message that went something like:

Which of course made me do ALL THE HAPPY DANCES.

Then two days after that, I got an email asking: was I available for a call to discuss the manuscript? WELL OF COURSE I WAS.

... The only problem is I sort of wasn't. I was on vacation in Cairns at the time, visiting the Great Barrier Reef. After a bit of calendar-checking, we scheduled the talk for three days later.

(2) Re-read his email, saw the word "edits" and promptly began second-guessing myself all over again: I'd been wrong. This wasn't "The Call" after all. This was simply "A Call" to discuss revisions ... perhaps a Revise & Resubmit request. Or maybe not even that. Maybe he just wanted to call and discuss what he thought needed work, but he didn't even want a R&R.

All the voices of doubt settled in so quickly.

Throughout the entire call, he was so great to talk to, you guys. I mean I felt like I'd known him forever. And he was incredibly enthusiastic and encouraging. Yet while he was telling me how much he liked my work, and my writing, and my action scenes, and the sustainability themes, my brain kept on trying to keep me in check, telling me "But this isn't the call." Yes, he likes this. Yes, he likes that. But there will be a but. Because this isn't The Call.

Brains are such funny things, right?

There was a but. He ran some broad editorial suggestions by me (all of which I loved and made me super excited to re-visit the manuscript). And then, after some chatting about travelling, food, academic conferences, we got to the end of the "Not-The-Call" and I asked what the next steps were (referring to what I was 99.9% sure was an R & R) and he said:

Well I can send you the agency contract.

Hold up. What are we talking about? Is this a revise and resubmit? 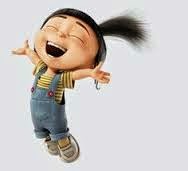 I think I actually said something about as eloquent as that, and subsequently almost fell out of my chair when he said:

No this is an offer of representation.

I may have squeal-scream-laughed a little. Pretty sure he could see my smile through the phone. After coming to my senses, I asked the questions I would have asked, had I thought that the call we were having was THE CALL. By the end of it, I knew 100% that this was the agent that I wanted to represent Farlight. He got my book. He wanted more of the elements in my book that I loved but had been scared to go overboard with.

I had a number of queries, partials, and fulls out at the time, I gave them a deadline to reply if they were still interested. After the crazy flurry of both step-asides and requests to see more settled out, I had 17 full manuscripts out. Now, knowing that I really wanted the agent I'd already talked to, I gave them only a week to respond (more on this in a subsequent post). At the end of the week, 9 agents had stepped aside, and 8 agents were unable to read the MS in the timeframe (so effectively, stepping aside).

One week after the offer, I accepted. A bit of time (okay, a lot of time -- both he and I had conflicting vacations, etc) and admin and emails later, everything's official and I can finally post this:

Today I am beyond thrilled to announce that: 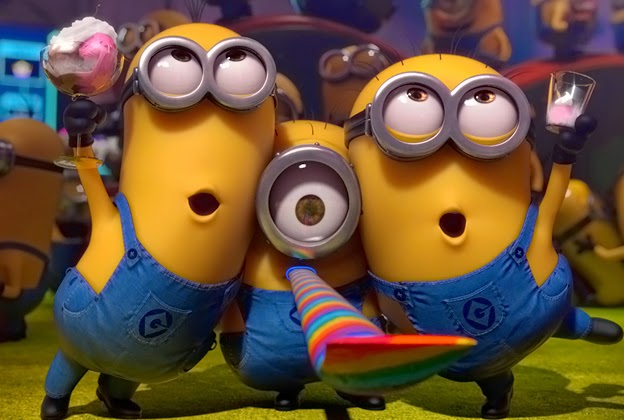 Not going to lie. Right now I feel a little like I could fly (a starship) :) 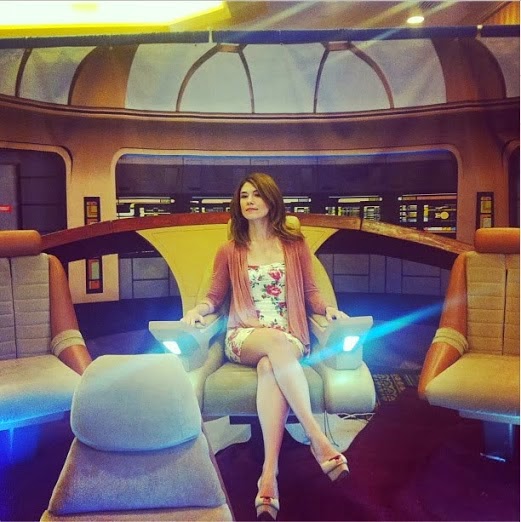 Stay tuned for a post on the query that worked!

Also, Ryan wanted to chime in: 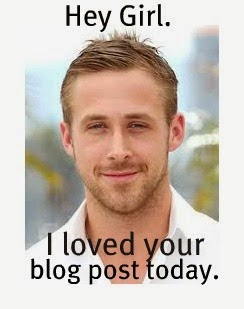