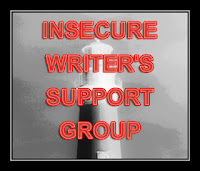 It's contest season in novel-writing land. And that means a lot of ups and downs for us writers. It's easy to forget about any of our own successes (completed rough draft, finished revision round, query polish, manuscript requests etc) and instead focus on how much more successful everyone else around us is.


She got more contest requests than I did. His premise is higher concept. They got agents...

But here's the thing: everyone goes through uncertain times; everyone has to deal with rejection.


We are not alone.

Inspired by a post by Rachel Pudelek, I've collected some blog quotes from authors in their pre-published days. Now they are agented/published and generally wildly successful authors, but in these blog excerpts, they sound a lot like us!

The first one is particularly hilarious to me.

...on Sunday, I ran across this contest. I don't know why I spent more than a second's time on it. The theme is lycanthrope (am I even spelling that right?) which is the term for were-animals (duh, says everyone else), and I don't do werewolves. I've never felt the least bit inspired by them...Me. Writing a werewolf novel. What next?
- Maggie Stiefvater, Author of SHIVER  (massively successful werewolf novel)

... it's different and funny, but it may be too different...not quite the thing for a break-out novel. I get lots of agent and editor nibbles from this one--lots of requests for partials and fulls, but I think it's ultimately turned down because it is a bit random (I was going for a Douglas Adams kind of humor) and it's certainly not a safe bet.
- Beth Revis, Author of ACROSS THE UNIVERSE

Right now I'm still perusing agent sites and dreaming.  If only this damn manuscript would just write itself!!!
-Gennifer Albin, Author of CREWEL

...I'm at that point in my current WIP where I kinda have figured out where the story is going, but I'm just using the Internet as an excuse not to actually write because right now, it's hard and I'm lazy.
- Beth Revis, Author of ACROSS THE UNIVERSE


Grrr. After a really productive week of writing last week, I've ground to a halt. Writer's block, some might call it, but I know it for what it is: a wrong turn. That stumped feeling of staring at a blinking cursor, knowing where the plot is supposed to go but unable to get it there . . . that means I've done something stupid.
- Maggie Stiefvater, Author of SHIVER

I spent almost an hour yesterday just reworking my first page! ARGH. But I know it's the most important page in the whole book blah blah blah so I'm trying to make it as great as I can, but I'm still not sure if I like how I started.
- Marissa Meyer, Author of CINDER

It. Was. A. Mess.  The dialogue was good but everything else sucked.  There was no world building or character development and the plot was fuzzy at best.  Thankfully I have awesome critique partners...
-Gennifer Albin, Author of CREWEL

So, after a large amount of cookie dough and some hours off, I returned to the desk and reread the last 2K words I'd typed. Sure enough, they're crap. No wonder my subconscious was making me drive with the brake on. "Stop, you moron! Stop before you hurt yourself and others!"
- Maggie Stiefvater, Author of SHIVER

I didn't even get in the top 35 winners of the last contest I entered. Criminy, the judge must not have been my target audience at all.
- Marissa Meyer, Author of CINDER

I started querying this week and, suffice it to say, I've come down with refreshbuttonitis.
- Gennifer Albin, Author of CREWEL

I will not take it personally if I am rejected by an agent. Or several agents. Perhaps when I reach the "dozens of agents" stage, I may begin to feel a little blue. But at that point, I will buy some Half Baked ice cream and watch a stupid chick flick until I feel better, and then I will get up and keep. writing.
- Veronica Roth, Author of DIVERGENT

I’ve gotten incredibly mixed scores in contests. People have hated my work, work which, in other contests, have earned me finalist placement. ... I think I caught this chick on a bad day. She didn’t get it. Not just “didn’t get it” the way we talk about people who aren’t into our style of story… but really. Didn’t. Get. It.
- Diana Peterfreund, Author of RAMPANT


I recently wrote about 100 queries...most of them sucked, one did not.
- Gennifer Albin, Author of CREWEL

I had to write all those icky queries  first.  I learned through failure.  I would write up a query and come home and read it to my husband, mail it my critique partners, and post it on forums.  My CP's would give it a passing grade, but more like a C than an A+.
- Gennifer Albin, Author of CREWEL

This morning I got a form reject in my inbox.  It was the typical "Not what we're looking for, but best of luck" deal.  On a forum I post on another member pointed out it was hard to imagine one agent form rejecting what another flew out to meet me after reading.  The answer is that this business is subjective.
- Gennifer Albin, Author of CREWEL

It's like a midlife crisis, only it happens far more often. Here's what it is: you came up with this idea. You teased it out. You wrote it out. You re-wrote it. You refined it. You lovingly crafted this book, or this story, or whatever, and suddenly...

You begin to wonder if anyone will ever like or even mildly appreciate what you've written, because it's flawed, or unoriginal, or just generally oozing suckiness from every orafice. You doubt everything you have done in the past day, week, or hell, year. You consider giving up writing and becoming a potato farmer in Idaho instead.

Happens to me like...once a day.
- Veronica Roth, Author of DIVERGENT

What do you think? Do any of these quotes resonate with you?
What are your favorite quotes from pre-published/now published authors?
How do you encourage yourself along the publishing journey?